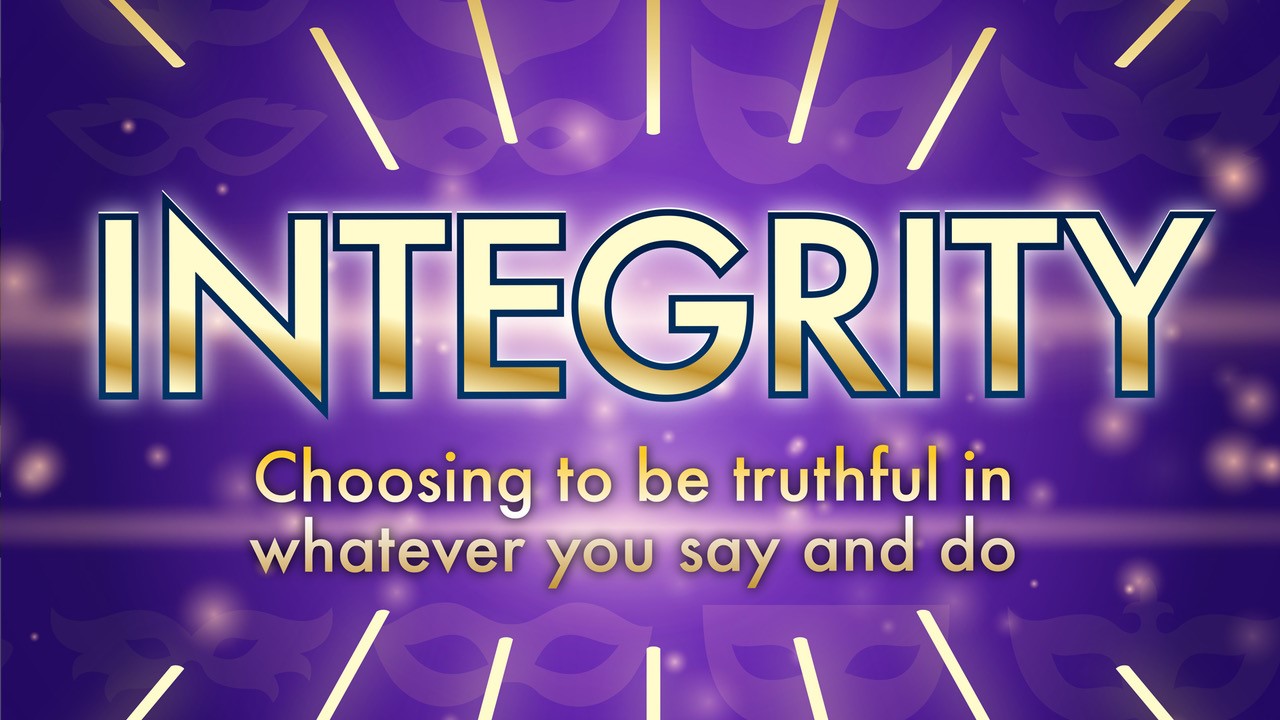 Integrity - Choosing to be truthful in whatever you say and do

Monthly memory verse: "The honest person will live safely. But the one who is dishonest will be caught."  Proverbs 10:9 (ICB)

Life Application: Integrity-Choosing to be truthful in whatever you say and do

Suggested songs: Watchin' Over You and Who I Am

What you might pray: "Dear God, thank you that you are always truthful. Please help me today to have an open heart and ears to today's Bible story so that I can learn how incredibly important it is to always be truthful. In Jesus' name I pray, amen."

Read God's Word together: 2 Kings 5 (Need a kid-friendly Bible? Check out our suggestions.)

What you do: Watch the complementary video together as a family and discuss today's question.

What you discuss: "Gehazi was not truthful in today's in Bible story. In fact, he flat out lied to Naaman in order to gain material possessions. "Why is it important for people to trust you?"

Pray and bless your family

What you need: No supplies needed

What you do: "In today's story, did Gehazi tell the truth? (No!) No, he didn't, did he? Gehazi was more interested in getting stuff than he was in making the wise choice. He lost his health, AND he lost Elijah's trust. Because [Bottom Line] when you're not truthful, you lose trust.

What you do: Give each kid an "Emoji Mojo" card and a craft stick.

What you say: "Gehazi saw a chance to get some stuff from Naaman and so he chose to be dishonest so that he could get it. But Gehazi's dishonesty had serious consequences. What happened after Gehazi lied to Naaman? (He got the silver and clothes, but he got sick.) How do you think Elisha felt when he knew that Gehazi had been dishonest? (sad, angry, hurt) Gehazi got the stuff he wanted, but it cost him a healthy life. It also cost him Elisha's trust. His lie hurt himself AND his relationship with Elisha.

"When we lie to get what we want, we end up hurting ourselves and others, too. [Make it Personal] (Think back to when you were a kid and tell the group about a time that you lied to get something that you wanted. Tell kids how you felt afterward and also the consequences of your lie-especially if others lost trust in you.)   "So, remember to be truthful. Because [Bottom Line] when you're not truthful, you lose trust." 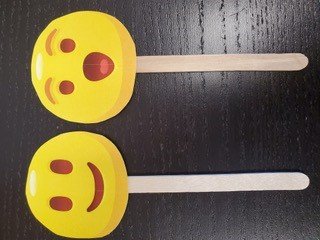 What you do: Fill a bucket half full of water.

What you say: Telling a lie is not a good thing to do, and it is hard to cover up the lie and not get caught. The better course of action is to try to be honest at all times, even if there are consequences for telling the truth. Gehazi told a lie to get stuff, material possessions, but he got caught in his lie. What happened when Gehazi got caught telling the lie? (he lost Elisha's trust, he lost his health). So, remember to be truthful because [Bottom Line] when you're not truthful, you lose trust."

What you need: Bible, markers, yarn or sidewalk chalk (something to mark a path), ping pong balls, straws

What you do: Open the Bible to Proverbs 10:9 and review this month's memory verse together.

What you say: "Which path was faster, the crooked or the straight path? The straight path for sure! Just like our verse reminds us, anyone who lives without blame or lives with integrity, walks a safe, straight path. But the opposite is true, too. As we've been learning today, [Bottom Line] when you're not truthful, you lose trust. Anyone who takes a crooked path-that's anyone who chooses to be dishonest with their words or actions--will get caught. Let's choose integrity so others can trust us!"

Read to Me Books (the same all month)