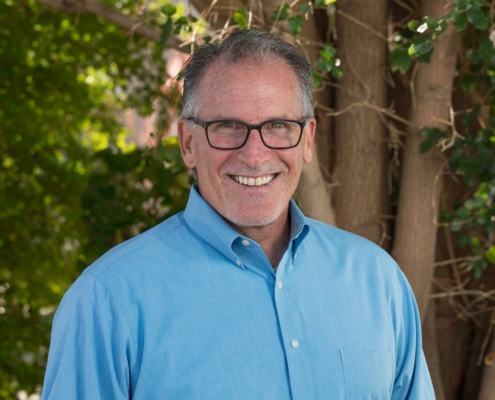 Guy grew up in San Diego and attended California Baptist College in Riverside where he met his wife, Carrie and they fell in love at “almost” first sight. They moved to Eugene, Oregon to raise their family. Guy reconnected with Youth for Christ after having been involved with Campus Life in high school. He was hired as a club director and eventually became the executive director in Eugene. In 2009 the family moved to Denver to accept a position at the YFC national office with Project Serve.

Guy and Carrie have three children, Whitney, married to Cody Baylis, and their daughter Elliana. Both Whitney and Cody serve on the worship team. Tyler, married to Courtney, live in Oregon and have two boys, Owen and Cameron. Carlie, married to Wyatt Erwin, met at Crossroads and were married Thanksgiving weekend of 2017. Guy and Carrie love spending time with their kids and grandkids.