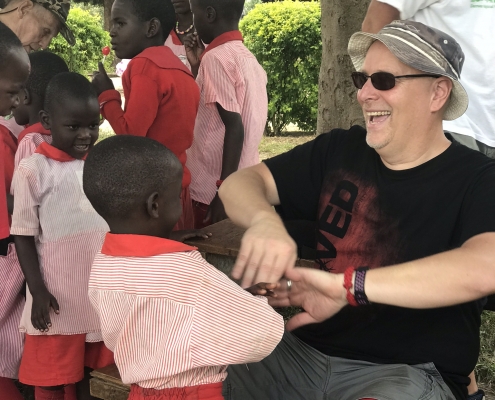 I have worked in the corporate world since the mid-90’s. About 5 years ago, I started feeling called to leave it and go work for God, whatever that meant. In 2017, that call got louder. By the fall, God was yelling at me. I did some planning and set March 15th of 2018 as my last day of work. That would give me most all of my last bonuses and stock gifts.

I left my job with no idea what it was that God wanted me to do. I started helping out at Crossroads, because at my previous church I was very involved and was volunteering 20+ hours per week. I thought I could help out or work there until God showed me what he had planned. I got to the point of considering a facilities position, even though I didn’t have much expertise in the area. I just wanted to do whatever it was that God had planned for me.

All the while I was doing that, God was working out something else. On March 7th, Susie Stewart died. She was the co-founder of True Impact Ministries and was getting ready to become the executive director of the ministry again. My wife and I had met her and her husband Andy on a trip to Israel in 2017. Her funeral was March 14th. Remember, my last day of work was March 15th.

On March 15th, I posted on Facebook that I was leaving work, and going to work for God. But I didn’t know what He had planned for me. Well, two weeks later, that post shows up on Andy’s Facebook feed. What made a two week old post show it is only a God thing. Andy sees it, and asks a few people about me. At that point he is looking for a new executive director for the ministry. He calls me up, we meet and two months later I am on a trip to Uganda. I am now in my second year as executive director of True Impact Ministries.

For we are His workmanship, created in Christ Jesus for good works, which God prepared beforehand, that we should walk in them. 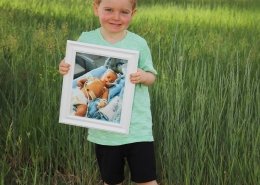 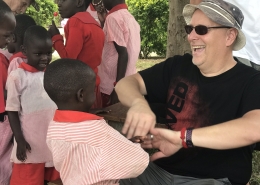 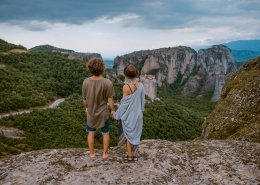